​Congratulation's to Divya Singh for an amazing book more to come!!! 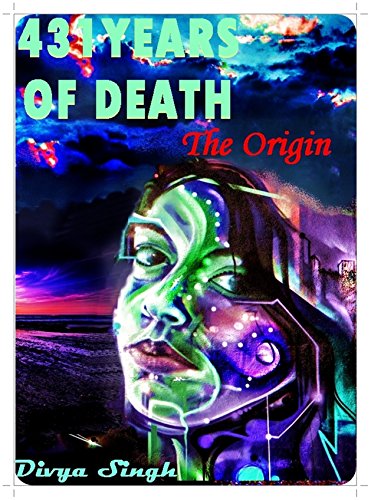 ​It’s 2461 AD. Some 400 years ago a woman died of cancer. But technology revived life in her corpse. She finds herself waking up in a ship, on the Earth which is on the verge of extinction. Humanity has axed its own beautiful planet by exploiting it to irreparable extent. Life has returned to her, but survival is a challenge. Darkness pervades, in the present world outside, in future, below the oceans as well as inside her own self. But she got her second chance because of a purpose forgotten in the past life, which is sealed within the time she lay dead for in the cryo. A fight among the instincts of survival, revival, betrayal, revenge and strength of soul. A battlefield set in the apocalyptic future. A war is waging between the atrocities outside and toxicities of the inside; cruelty of the world outside and the suffering of the heart; a war between hatred outside and revenge inside; a story founding the basis of another world war. The future world turns out nothing as she expected but it is appalling. We'll but have to place the blame on ourselves. But we'll fight for life on our raging planet lost to the aftermath of global warming. The war begins right about now.....!!!
This is the first book setting up the background for a battle ahead